Background
I received a call from one of my client. He has been looking for a job for a while but with out success. After I prescribe Fengshui placement for him based on his Qi Men Dun Jia Bazi chart, he received a call for interview.

Based on the interview date and time, here is the Qi Men chart: 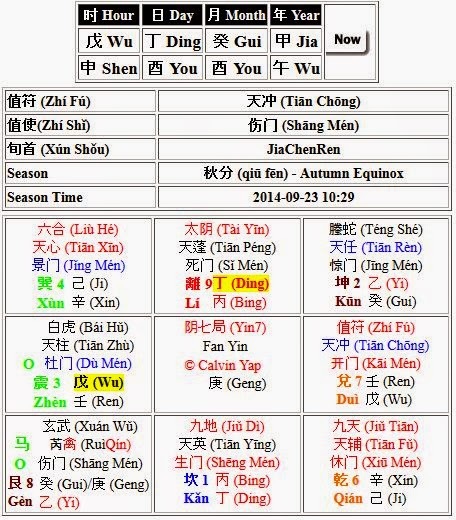 Based on the chart, his interview will not be successful as Hour Heavenly Stem is Wu at Zhen 3 Palace in Kong and with Du Men. That's mean the interview results will be empty and the whole process will be stuck.

Based on the above analysis, my client might not have a chance to be called for 2nd interview.

As such, based on the above chart, I have prescribe the appropriate Qi Men Dun Jia remedy for him. He followed my instruction exactly and later that day, called me to inform me that the interview is successful and they are scheduling for 2nd interview.

Posted by Fengshui-Hacks at 19:33 No comments: